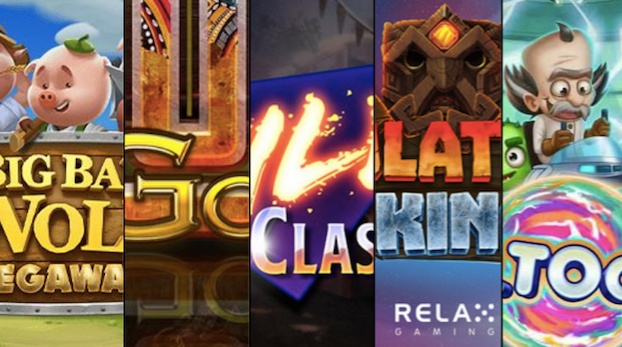 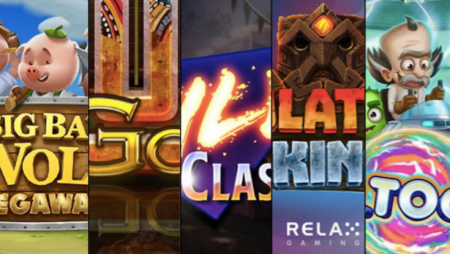 We have tried the new slots released during September 2021 and picked out the most interesting ones. We believe that our slot of the month, Big Bad Wolf Megaways, will become a huge success among players, online casinos, and the game provider Quickspin. This is a sequel to one of Quickspin’s most popular slots, and the sequel is even better than the original slot.

We also see very high potential max wins on several of the new September slots and many of these also consist of a big amount of pay lines. So please look at our list of new September 2021 slots and prepare yourself for which one you want to try once the slots are released.

The most exciting new release in September 2021 is Big Bad Wolf Megaways. The theme is the same as in the original slot, where we find the evil wolf and the three little pigs. However, the graphics and game feel is way better than on the original slot, as a lot had happened in 8 years between when these two games were released.

The biggest difference is that the sequel is a Megaways slot. You are probably already familiar with the mechanics behind the popular Megaways games, but to summarize, each spin will have different pay lines, and the maximum is 117 649.

The big feature in Big Bad Wolf Megaways is the Blowing Down the House Bonus Game. You receive this feature when you land 3 scatters on the reels and are rewarded with 11 Free Spins. This is where you can win the maximum win of 30 450x your stake per spin.

Elk Studios continues to send their adventurer Kane to different locations in the world. Again, Zulu is part of their successful Gold series, and this time Kane has been sent to South Africa to the Zulu people.

The main goal in Zulu Gold is to reach the bonus game where you get 11 Free Spins. This happens when you land three scatters on the reels. However, you can get up to 25 Free Spins if you are lucky enough to land six scatters.

Reactoonz fans will recognize the characters in this slot. However, this slot is not played with the cluster pays to set up but instead with a classic game mode where you need to match at least three symbols from left to right.

We have seen several Viking-themed slots being released in the past, but this one from game provider Relax Gaming is an unusual slot.

A 1980´s themed slot where we follow three students called Mike, Chris, and Jess. These are the three most valuable symbols in the game that takes place on a Tivoli.

The three main characters transform to werewolves when the game switches to night mode, but this is good news for you as they then act as Wilds that replace all other symbols except the scatters.