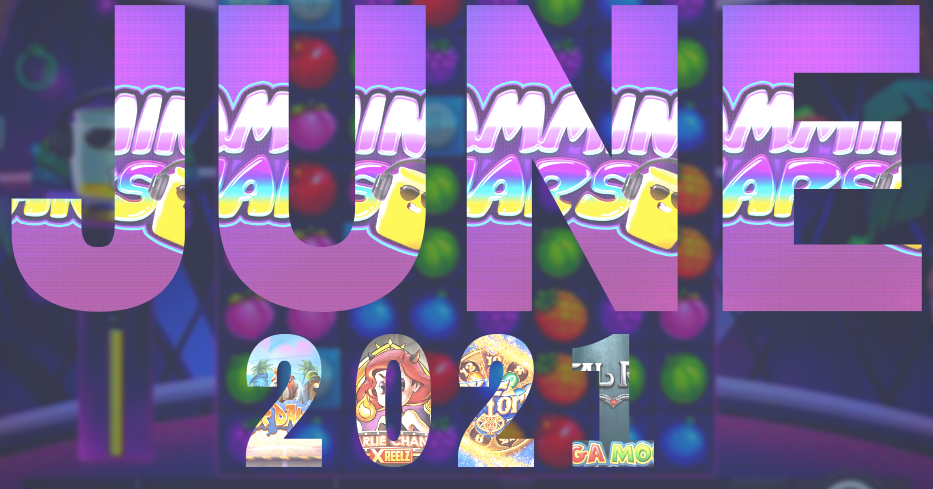 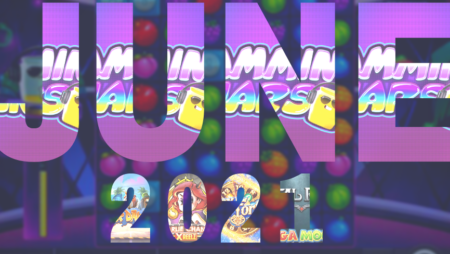 As usual, we had a look at the list of new casino slots that are being released during the month and picked out the most interesting ones for June 2021. Game providers continue the trend of releasing sequels to popular slots. This month, we believe that players will especially enjoy the new Jammin Jars 2 and a combination of the classics Immortal Romance and Mega Moolah.

Several of these new slots have massive maximum win caps. For example, the latest Megaways slot from Big Time Gaming, Beef Lightning has a max win of up to 56.000x your stake per spin. This particular Megaways slot is quite different when comparing it to their previous releases so it will be interesting to see how players react to it.

Jammin Jars is one of the most played and popular casino slots online and now the sequel will finally be released by game provider Push Gaming. Jammin Jars 2 is keeping the disco theme and the game grid is still 8×8 where you need to match at least 5 symbols in a cluster to win. But this sequel also has been updated with some cool new features.

The slot keeps the Avalance feature where all winning symbols disappear and are replaced with new ones that can add even more wins. The wild jar symbols still have an important role in the game and add a +1 multiplier when they are included in a win.

The Free Spin feature has a new function, the rainbow feature has been replaced with several new ones and the potential max win has been increased from 20.000x to 50.000x your stake per game round.

Push Gaming has been careful to keep the feel, look, and some features from the popular original slot but then also added new interesting features and functions to the new version. We believe that Jammin Jars 2 will be one of the most played casino slots this summer on online casinos.

A slot with a hip-hop theme where the slot is based on a calm street in Los Angeles. The highest valued symbols are different hip-hop dogs. On top of the wilds, the game has two features.

The other feature is free spins that you activate when at least three scatter symbols appear on the reels. During the free spins, all wild symbols received will stay on the game board until all the spins have been played. Each new scatter will add another spin to your total and each wild will add a +1 multiplier to your wins.

This is the Nolimit City sequel to East Coast vs West Coast. They have changed the theme though from hip hop to a futuristic world with superheroes.

The game has wilds but more importantly, it got xWAYS symbols. They transform to 2-3 matching symbols and will also expand the game grid and the reels. If you land wilds and xWAYS on the same reel then all symbols on that reel will be transformed into a matching one.

This slot has a very high maximum win cap and your biggest chance of winning it is to land at least three scatters on the game plan. When that happens, you win the free spins feature and there you get to choose between two options. Toxic Hazard where you get 1-5 new wilds during each spin or Lock n Load where each wild will stay on the reel during the rest of the free spins until the feature ends.

If you land 5 scatters on the reels you can lean back and smile. When this happens, you get both the Toxic Hazard and Lock n Load options in the same feature and they are also upgraded. You will get more of everything and big winnings will await.

Charlie Chance is back in this sequel to Play n Go´s Hell to Pay. This updated version has a larger game plan and more pay lines.

If you land a wild symbol the game’s Xreel feature will be activated. You will see a multiplier on top of each reel. One of the reels is then highlighted and if you get a win on that reel, your winnings are multiplied with that booster.

Two scatters will activate a re-spin. The reels with the scatter are sticky while the rest keeps spinning in the hunt for more scatter symbols. As with most slots, you need 3 scatters to activate the free spin bonus game.

All the free spins are played with the Xreel feature and all wild symbols are sticky during the whole bonus game.

Big Time Game continues to create new slots with the Megaways feature. They often add some new smaller functions to the games but this time they have made some bigger changes on the top and not only just changed the theme of the game.

The main goal with most of Big Time Gaming slots is to reach the free spins and this will happen when you land three scatters on the reels. In this slot, you need to land the symbols M, O, O (Yes, like the sound a cow makes).

In the free spin bonus game, you are transferred to a livestock auction. Normally each win adds a +1 multiplier but not this time. Instead, you collect coins that increase the bids during the auction.

The aim is to collect as many cows as possible and then to sell them as expensively as you possibly can. Sounds crazy? Well, it is but it’s also a lot of fun and BTG slots always deliver great entertainment.

Here you have an interesting idea! Combine two super popular slots into one and see what happens. Take the Guinness world record online jackpot slot Mega Moolah and the classic Immortal Romance and include the best features from both games.

The game provider Microgaming has kept the Immortal Romance popular base game and free spin bonus games and added the jackpots from Mega Moolah. It´s basically Immortal Romance on steroids.

You can get to the Jackpot wheel completely by random and there you can win one of the four jackpots including the massive MEGA jackpot.

This is an exciting concept that other game providers might copy in the near future. This one will especially be appreciated by Immortal Romance fans.

NetEnt has created an updated version of Turn Your Fortune that was released in 2019. There are some similarities in the theme and functions but some improvements have been made as well.

Two scatters will activate a re-spin where all winning symbols stay on the reels. As long as you keep improving the win or add keys, the re-spins will continue.

When the re-spins are finished you can decide to cash in your accumulated keys or to save these for the free spin bonus game.

Free spins are won when you land 3 scatters on the game grid. If you have accumulated and saved any keys for this feature, you will start higher up on the Fortune Wins bar. When the free spins bonus game is played and finished, all normal wins plus any wins from the Fortune Wins bar are added to your total balance. 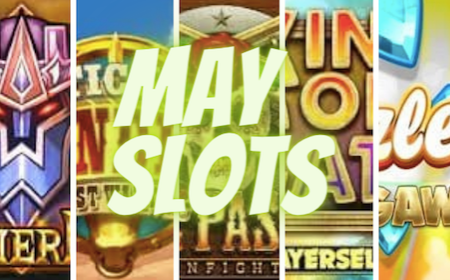 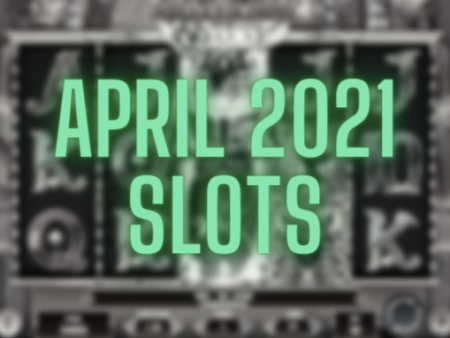