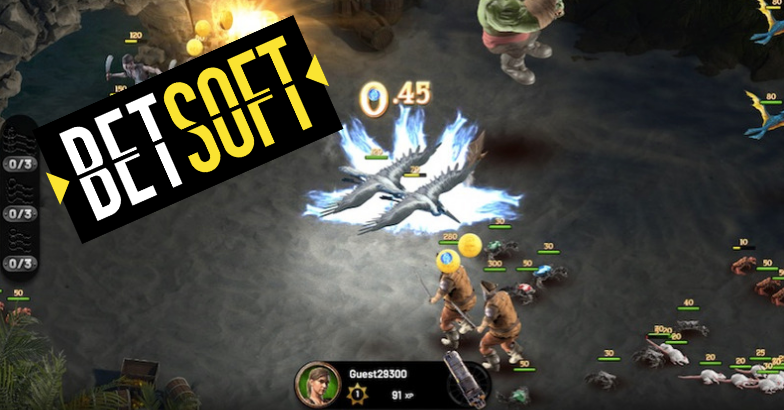 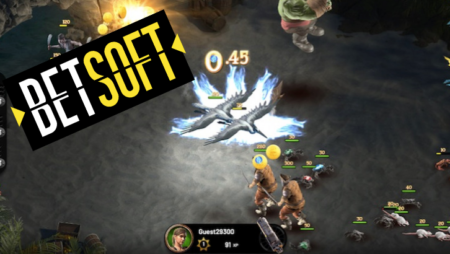 These games are a new way of playing casino games and it reminds us more about video games than classic videoslots.

Betsoft started the Max Quest-series with the game Wrath of Ra in 2018 and in October 2020 they did not only launch Dead Mans Cove but also the game Amazon.

These games are played in similar ways but they have different themes. In Amazon, you are on the hunt for a lost city of gold and in Dead Man`s Cove, you are fighting against Captain Blackbeard and his zombielike pirates.

In our review, we will explain how you play these different but interesting types of new casino games.

Online casinos are in constant development and the game creators are trying to come up with new ways of entertaining their players from around the world. Betsoft has definitely thought outside the box when it comes to their Max Quest-series.

All game providers try to come up with new themes but with these games, Betsoft has completely re-invented how casino slots are played.

If you want to experience a proper adventure when playing casino games then it’s worth your while trying out one of the games from the Max Quest-series. One that we recommend is Dead Man`s Cove.

This is not a normal slot where you see spinning wheels but instead, you end up in an environment full of walking enemies like for example pirate zombies.

Your main goal is to terminate these enemies with a weapon. It sounds like a set up from a video game but like when playing a standard casino game, there is money involved and to be won in the mix of things.

Instead of getting matching symbols in a certain pattern, in this game, you can win money from each hit with your virtual weapon. In each game, there can be up to 6 players playing at the same time and they all have the same end goal, to shoot and kill pirates.

The prize pool is divided among the participating players and the player that gets the most terminating hits, receives the largest reward.

Note that this isn’t a game of skills but it’s pretty much all about luck.

Each shot will eventually hit an enemy even though it might bounce off some different walls first and this is also one of the reasons why this can’t be classified as a real video game even though it does remind us of one.

In the background, you will hear some music that reflects the action that you are experiencing at a given time.

This is how you play Dead Man`s Cove

The cost per shot starts at €0.03 and goes up to €1 / shot. The higher the cost per shot, the bigger the rewards can be when you get a successful hit. You can choose between 11 different worlds and the cost to play varies depending on your choice of level.

You use the computer mouse to aim, you lock your target with the right button and release the shot by clicking on the left button. Each shot comes with a cost and can be compared with the cost of a spin on a standard casino slot.

You start playing with a handheld gun and can thereafter level up towards more powerful weapons. You get these more interesting and powerful weapons randomly by terminating enemies that carry money, weapons, and/or different bonuses.

A larger weapon means that you will be able to get rid of enemies in a quicker way compared to when using the gun.

Each enemy has a Hit Point (HP) and for each hit, you lower the enemy’s HP that can be exchanged for real money. The more damage that you cause an enemy, the more of its HP will be given to you and that also means more money wins to you.

That’s why it’s important to have a more advanced weapon as they contribute to much more damages on your enemies. There are 13 different weapons available. The gun is the least effective one and the Artillery Strike is the best one to have as it can damage several enemies with one shot/stake.

On top of trying to win money by shooting and hitting enemies, there are 3 other main objectives and functions within the game. We have already mentioned one of them which is that you can upgrade your weapon to terminate your enemies.

You can also get the following:

The available treasure chests are the following ones:

This is a different kind of casino game, to say the least, but the user experience is great also through a mobile device. When you want to shoot, you click on the enemy and a shot will happen. If you keep your finger on the screen, several shots will be fired instead.

It´s great that there are game providers like Betsoft around that have the guts and skills to experiment and want to try new concepts and game ideas.

What takes away some of the enjoyment in this game is that it doesn’t matter how badly you might aim as all shots fired will hit some enemy anyway.

The graphics and look of the game are great though and the excitement is still there as you can win different bonuses and money.

It’s not really fair to compare this casino game with a classic casino slot as it’s so different. These kinds of casino games are still new to the market and definitely not for everyone but some players will most probably enjoy them a lot.

We predict that we will see a lot more casino games that resemble more of video games than normal popular casino slot games.

The reason is that some of the latest researches show that younger audiences (18-25) prefer to play video games than classic slots that can be found in both traditional land-based and online casinos today. So expect more of these kinds of games to appear in the future while the quality and player experience will increase even more with time.

Which of the Betsoft Max Quest games should you try?

This really depends on what kind of theme that you are after but if you decide to try the Dead Man`s Cove game, then you can expect to meet really well-made pirate zombies that are on the attack and that will try to hunt you down. 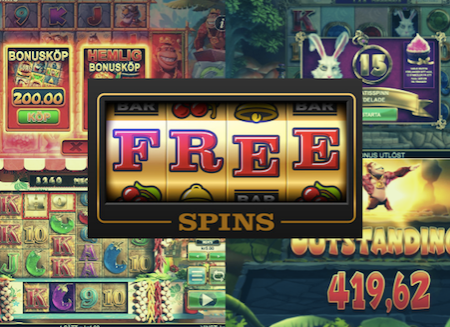 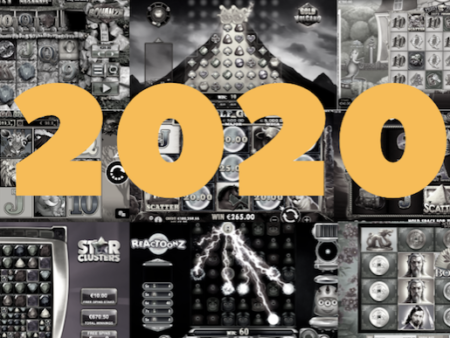 One of the best and most popular casino slots ever created.